I'm Rory Sykes, and I like to play RuneScape.

Co-founder of Happy Charity — A charity offering hope, health & happiness to those that are hurting, through kind gestures.

I'm also a Digital Media Consultant and work with clients on things like domain acquisition, web-hosting, SEO, SEM, and other internet services.

Rory Sykes is a well-traveled gamer turned entrepreneurial philanthropist, a professional speaker who loves to play RuneScape and dabble in code. Born in England and raised in Australia, he now happily lives and works in Los Angeles.

Rory's life has always been far from the norm when he was born the doctors told his mother he would never see or walk due to injuries he sustained from a car crash while in the womb, which included brain damage resulting in Cerebral Palsy.

Fast forward through a whole lot of ass-busting, a trip to Disney World and many boxes of chocolates Rory can now see and walk, after 11 leg operations, an eye operation and a lifetime of physiotherapy. Now a philanthropist, investor, developer, founder, speaker, and mentor.

Always a happy child, unable and unwilling to participate in sports, he turned to technology and gaming, helping his mother Shelley with any and all technical assistance she requires. Rory took his knowledge and experience gained from helping Shelley and founded his first company, which rapidly grew into a slew of thriving businesses.

Over the years Rory has had the privilege to speak and consult for many companies including Microsoft, ING Group, The Tony Robbins Foundation and the Cerebral Palsy Alliance. He was honored to attend and lead Professional Speakers Australia's Youth Leadership program 2005-2010. Teaching and inspiring the children of Australia's Professional Speakers.

Rory performed 'Singing in the Rain' at the Sydney Opera House during a short-lived career as an Actor and Model, After realizing he, quite frankly, hated life in front of the camera he decided to drop out of high school at 15 with plans of becoming a software engineer and to refocus on his business empire.

Rory is the co-founder of Happy Charity, a charity offering hope, health & happiness to those that are hurting, through kind gestures.

He now dedicates his time to RuneScape, investing and his philanthropic efforts. 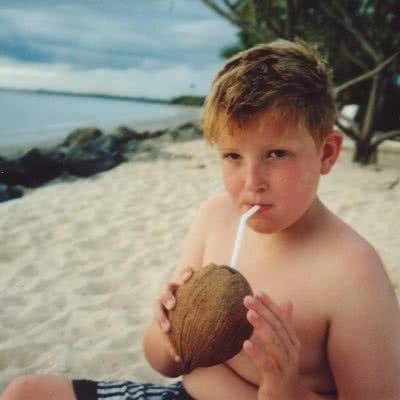